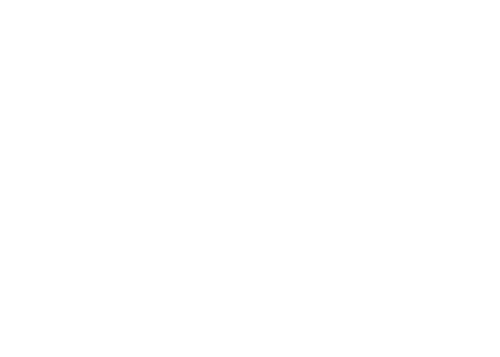 Lenders, banking associations and trade finance users are lobbying the European Commission, European Parliament and member states to scrap planned amendments to the treatment of off-balance sheet instruments such as technical guarantees, performance bonds, warranties and standby letters of credit.

Proposed changes to the treatment of trade finance in the EU’s capital requirements regulations could push up financing costs for businesses and allow insurers a bigger slice of the guarantees market, banks and borrowers claim.

The European Commission published the final text of its proposed changes to the Capital Requirements Regulation (CRR) in October last year, part of the bloc’s implementation of the Basel III banking reforms.

Lenders, banking associations and trade finance users are lobbying the Commission, European Parliament and member states to scrap planned amendments to the treatment of off-balance sheet instruments such as technical guarantees, performance bonds, warranties and standby letters of credit.

The Commission has proposed that those products be categorized as medium risk for determining the credit conversion factor, which is used to calculate what a bank might have to pay out under those instruments – taking into account the likelihood the payout obligation will materialize – and therefore the risk they represent on its books.

The planned change would hike the required credit conversion factor for those off-balance sheet trade finance products to 50%, from the 20% under the current CRR.

The lobbying campaign has stepped up in recent weeks. Lenders, corporates and trade groups have sent a flurry of written submissions to the Commission arguing that the increase is incongruous with trade finance’s relatively low risk profile and high rates of recovery in the event of defaults.

In a position paper published in December, the International Chamber of Commerce (ICC) says it is “deeply concerned” that the two amendments “may have severe unintended consequences for the provision of cost-effective trade finance to the real economy”.

According to BAFT (Bankers Association for Finance and Trade), default rates on technical guarantees are only 0.24%. Upping the credit conversion factor to 50% “is therefore excessive and does not seem justified or appropriate”, the association said in a submission to the Commission last week.

“European banks are likely to price technical guarantees at higher rates to clients” if the change goes ahead, BAFT argues. “The effect will be to discourage these business activities and make it more costly to offer trade finance for banks and their corporate clients,” the submission says, disadvantaging small and medium enterprises and making European companies less competitive when bidding for major infrastructure projects.

The proposed changes will increase the capital charge on the trade finance instruments by 150%, according to a joint submission from banking associations in Denmark, Finland and Sweden.

Under the proposal, the cost of a €10mn performance guarantee for a corporate customer would rise from €50,000 to €125,000, the submission says.

Technical guarantees are frequently used by infrastructure, energy and defense companies fulfilling large contracts. Governments can call on the guarantees if the company fails to deliver or meet its performance goals, and often require firms to enter bid bonds when taking part in tender processes.

Engie, the French utilities giant, says in a submission that it has exposure to bank guarantees amounting “to several billions” and that “the proposed revision would imply a severe cost increase for Engie and potentially difficulties to get access to those guarantees, as banks may decide to prioritize activities with higher return on equity”.

It adds that “some banks have already alleged the potential revision of Basel requirements to justify an increase of existing guarantee line[s] that have recently matured”.

Airbus estimates its financing costs will increase by “several millions” per year if the changes go ahead, including the corporate undertakings its parent company makes with its subsidiaries.

The aircraft manufacturer says in a submission that the possible drying up of credit lines due to steeper capital requirements could hinder its ability to meet contractual obligations when its customers request technical guarantees and put its supply chain “at risk”.

“It is very important to underline we are in the real economy,” says Christian Cazenove, group head of trade oversight at Société Générale. “The things that we are dealing with are goods and services…. We are dealing with what allows corporates to succeed abroad.”

“The additional capital costs may lead the banking sector to some extent to disengage from the guarantee business,” Cazenove, who has rallied other banks and clients to campaign on the issue, tells GTR. “Trade finance by nature is still a paper-based industry and not extremely profitable – we, together with clients, really don’t need these additional costs that we would charge to our clients.”

Banks are also wary that the changes will benefit insurance companies at the expense of banks. Baft says its members are concerned that the “excessive pricing of credit risk… will accentuate the current outflow of guarantee business from banks to insurance companies” which are allowed to internally model guarantee risk.

The ICC agrees that the mooted revisions to the law could create “an uneven playing field” between banks and insurers.

Those lobbying the Commission are also concerned that a second proposal under the update of the CRR will increase the costs to EU banks of providing letters of credit and other trade finance instruments.

They say ambiguities in the draft text concerning credit risk rating approaches will effectively force financial institutions to treat key trade finance instruments such as letters of credit as having a 2.5-year maturity when they are provided to large corporates.

Currently the CRR exempts trade finance from a maturity floor in recognition that instruments in the sector mature relatively quickly. Most trade finance products have average tenors of under 130 days, according to ICC data.

“Applying an average 2.5[-year maturity] to this kind of transaction will create a significant price increase for European corporates – the main users of trade finance – putting EU exporters in a weaker position than their competitors outside the EU,” the ICC says in its submission.

Michael Friis, a senior adviser on banking regulation with Finance Denmark, tells GTR that the group’s members are concerned that a loss of performance bond businesses and more expensive letters of credit will mean “that some of the volume will go out of the business and make it more sluggish and more expensive”.

The Commission’s proposal will be the subject of negotiations with the European Parliament and member states through the European Council. The trade finance measures are only a small part of a much broader Basel III package being put forward by the Commission and are unlikely to come into effect until around 2025.

A spokesperson for the Commission says that its draft will not be altered following the submissions received since October, but they will be used to inform the talks with the Parliament and Council.

Industry groups are also lobbying EU lawmakers and member states, Friis and Cazenove say. The French finance minister Bruno Le Maire has been made aware of the industry’s concerns over the proposed legislation, Cazenove says.